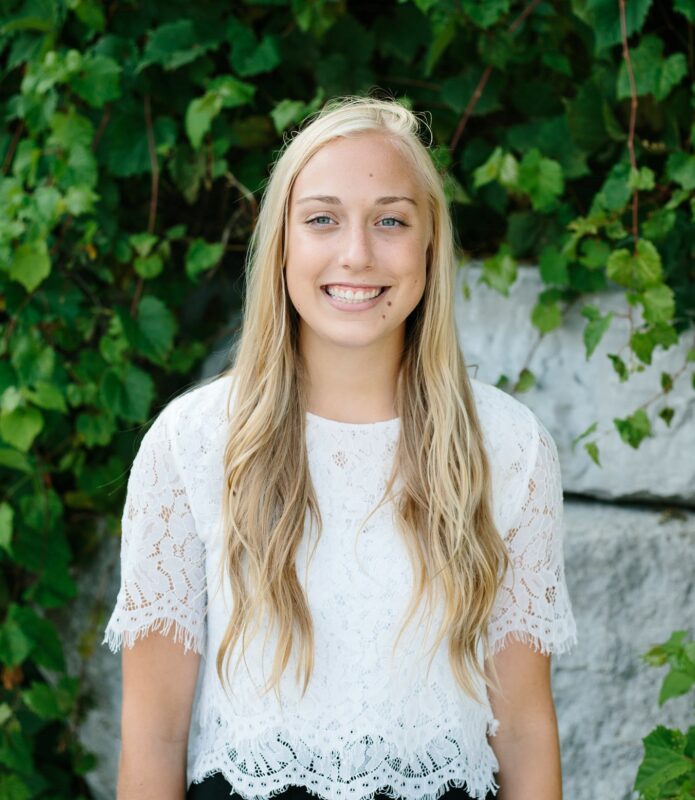 Karissa serves as CCBR’s Eastern Outreach Intern in the GTA. In this role, she is often out on the streets changing minds on abortion. She also helps with various tasks in the office, including helping to plan CCBR’s various projects, completing development projects, and training new volunteers. She has a certificate of Theology and Philosophy from Gillespie Academy.
Karissa grew up in a large, pro-life family and has been convicted on the issue of abortion since she was young. Growing up she wanted to do something about the reality of abortion but wasn’t sure how. After several people she knew did internships with CCBR, Karissa saw an effective way of changing minds and saving lives and decided that she wanted to be a part of the work that CCBR was doing. During the summer of 2021, she completed a four-month internship in the GTA. As the summer went on, she thought more and more about the difference that one person could make in the pro-life movement and how she could change her plans to help make a difference. In November 2021, she joined staff as CCBR`s Eastern Outreach Intern.
Back to Staff