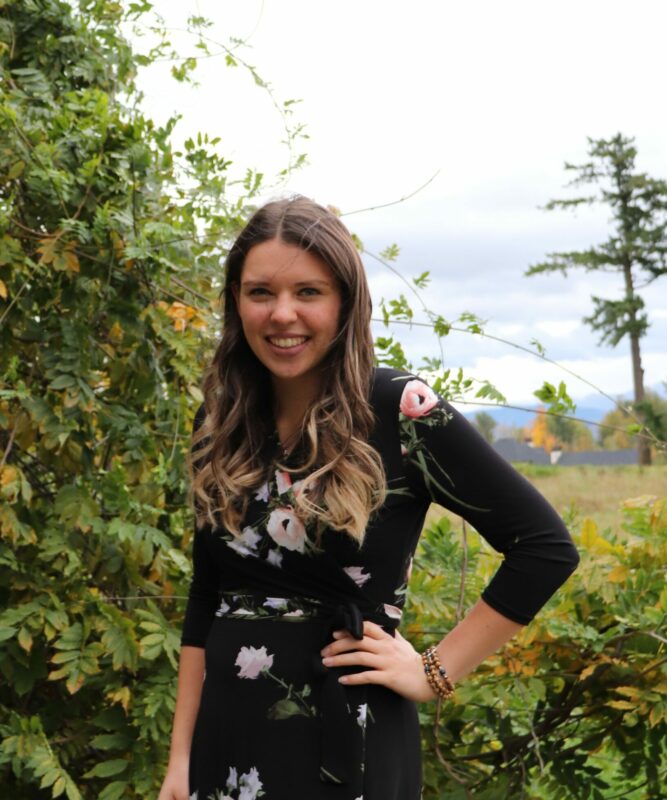 Kateri is the Volunteer Coordinator for CCBR’s Vancouver Initiative, working to recruit, train, mentor, and lead local volunteers in CCBR’s various outreach projects throughout the Lower Mainland. While Kateri grew up in a Catholic household, she did not start getting active about her pro-life convictions until she was in university. While on campus she joined and eventually became the president of her resident pro-life club, a role that saw her lead activism on campus and lead various other events. Through the club, Kateri was introduced to CCBR and started participating in their projects as a volunteer in the Greater Vancouver Area, before attending the 2020 Abortion Awareness Project (AAP) in Florida. AAP helped Kateri realize how great a need there was for cultural education on abortion – for people to see the truth that abortion always kills an innocent child. That summer, Kateri worked as a temporary staff member for CCBR in Vancouver before participating in the autumn internship in London, Ontario. She formally joined staff in the spring of 2021.
Working for CCBR, Kateri has learned that pro-life outreach is not only an opportunity rescue babies as they are being led to the slaughter, but also an opportunity to minister to mothers and fathers who have or may choose abortion for their children. She is excited to help grow CCBR’s Vancouver Initiative by expanding the volunteer team in size and competency so that more minds can be changed and more lives can be saved from abortion.
Back to Staff