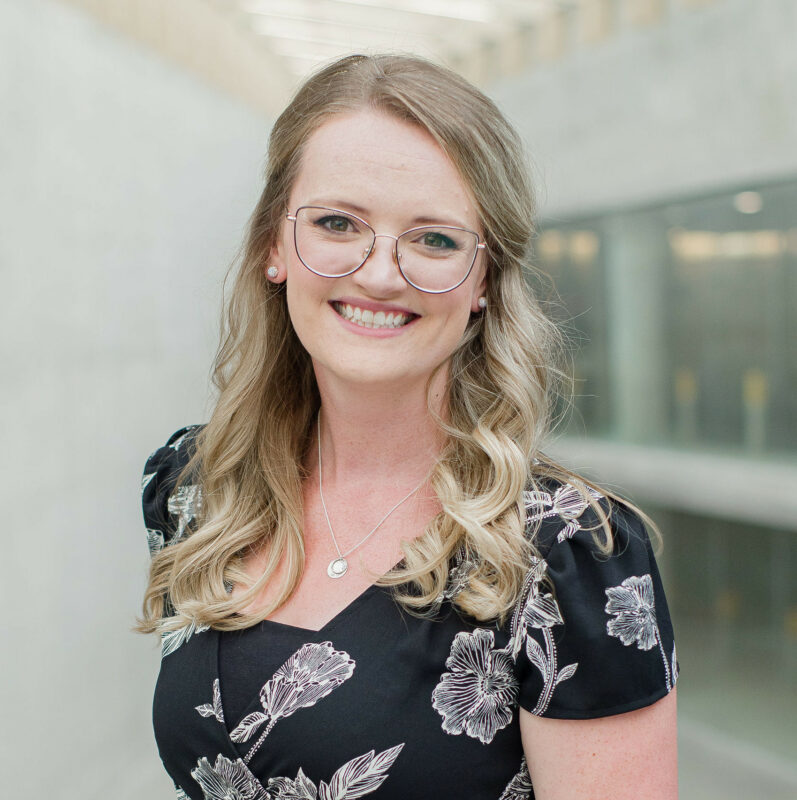 Having grown up in a Christian home, Virginia always considered herself pro-life, but was not convicted to act on those beliefs until just a few years ago. Learning that Canada is the only democratic nation with no abortion restrictions was the catalyst to researching more about the pro-life movement, but it wasn’t until she stumbled across CCBR through the Pro-Life Guys Podcast that she took the first step toward active involvement.

Encouraged by the effectiveness of CCBR’s strategy, Virginia took a leave of absence from her job and joined the four-month summer internship in Calgary in 2021. The calling to speak on behalf of pre-born children was confirmed, and Virginia joined staff in July 2022 as Western Church Outreach Coordinator. She looks forward to establishing an ongoing collaboration with the local church, equipping Christian men and women to confidently defend their pre-born neighbours.
Back to Staff