Our Strategy: END THE KILLING

As Warren Bennis says, vision is a compelling sense of what might be—a target that beckons one towards action.

Our vision is an abortion-free Canada.

Our mission is to save lives. Abortion kills innocent human beings — nearly 300 per day in Canada, or 100,000 per year, making abortion the leading cause of death.

Our strategy — and all of our actions — are aimed towards this goal: to End the Killing.

The notion that abortion is here to stay and there’s nothing we can do to change that is ahistorical. By studying effective social reform movements of the past — from the British Abolitionists, to the National Child Labour Committee, to the civil rights movement — we can see how they changed the unchangeable by exposing injustice using visual evidence, and confronting the culture with that evidence. We can apply the lessons from successful social reform movements of the past to the injustice of abortion in Canada in order to end the killing.

CCBR’s End the Killing plan means that the ultimate aim of our actions is to save lives. It’s a “Vision Zero” for the abortion rate in Canada. This is the target we aim for. What must we do to save lives? What must be done to end the killing?

As an educational organization, we aim to make abortion unthinkable in Canada — like slavery, child labour or segregation. We must change hearts and minds on abortion in order to save lives. Pastoral and political efforts are also necessary, however, educating the public is essential to the overall success of the pro-life movement. Unless people see abortion as an injustice, they are less likely to accept help through a difficult pregnancy or support pro-life policies.

What must we do to make abortion unthinkable? There are two essential pieces to the End the Killing plan: we must reach all mature Canadians with (1) abortion victim photography (AVP), and (2) human rights apologetics. We need to bring compelling evidence and clear reasons to change hearts and minds on abortion.

Our strategy and all of our projects are centred around this goal — to reach all of Canada with abortion victim photography and human rights apologetics, to make abortion unthinkable and end the killing.

It’s important to understand the difference between marketing and social reform. Marketing attempts to attract people to something, but social reform is about repelling people away from something. Our goal is not to attract people to us; it’s to repel people from abortion. Effective social reformers are rarely popular, and popular reformers are rarely effective — the history of successful social reform movements reveals societies getting angry at peaceful but persistent activists who communicated what was right, albeit unpopular. While we always show respect and empathy towards everyone we engage with, especially those who have personal experience with the trauma of abortion, our primary goal is not to be popular or to be liked, but to repel people from abortion — to make abortion unthinkable in their hearts and minds by reaching them with the truth that abortion kills an innocent human being.

We don’t use abortion victim photography because we like it. We use it because it works ­— and it works better than anything else. Victim photography and visual evidence has been essential to the success of social reform movements in the past, and we can see that AVP is the most effective educational tool to change hearts and minds on abortion. CCBR commissioned independent polling and an independent statistical analysis on the effectiveness of abortion victim photography in 2015, which found that 67% of people feel more negatively towards abortion after seeing a photo of what it does to pre-born children. Many pro-life leaders got involved in the pro-life movement after seeing abortion photos or videos, and most of the stories we have heard about babies being saved from our activism come from people who saw abortion photos from a distance. Abortion victim photography saves lives — that’s why we use it.

While AVP is core to the End the Killing plan, apologetics are also important to reach the hearts and minds of Canadians. Most Canadians believe in human rights for all human beings, but have never considered how that applies to abortion. Since we know from science that human life begins at fertilization, shouldn’t human rights start when the human being starts? Also, many Canadians have been wounded by personal experience with the trauma of abortion, and it is essential to engage on the abortion issue with empathy and understanding, to communicate the truth in love, and to inspire people to do the right thing even when it’s the hard thing. Our apologetics have been street-tested through thousands and thousands of conversations across Canada and beyond, bringing together science, human rights, and empathy in order to have fruitful and effective conversations about abortion — to win the person, not just the argument. Check out some of our testimonies to see the results when we bring abortion victim photography and human rights apologetics to the public.

Defy the Culture of Death

Every day in Canada, nearly 300 children are killed by abortion, and the shockwaves ripple throughout our culture as mothers, fathers, siblings and grandparents live with the wounds of abortion. Our strategy is an act of defiance against a culture of death that denies human beings in the womb their right to life, normalizes the killing of vulnerable and defenceless children, and fails to support mothers and families.

When we bring effective pro-life education to the public to change hearts and minds on abortion, we rob the abortion industry of victims, one baby at a time. When we apply this strategy systematically across Canada, we work to End the Killing.

The pro-life movement needs to work backwards from the goal of an abortion-free Canada, and ask ourselves what must we do to bring about that vision. We need to employ the most effective educational tools to make abortion unthinkable — and the End the Killing plan sets out to do just that. It’s not just for CCBR — in fact, it’s not even our strategy, but the strategy of successful social reform movements of the past. The End the Killing plan is for the whole pro-life movement to adopt a strategy of effective education and social reform to do what’s necessary to make abortion unthinkable in Canada.

Join us to End the Killing!

Learn More about Our Strategy

Strategy: Exposing the Injustice of Abortion 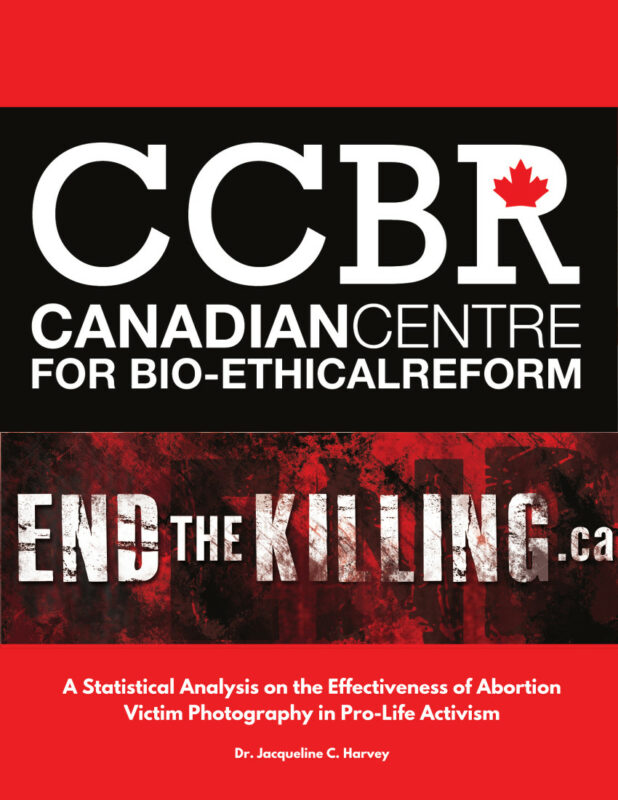 Statistical Analysis on the Effectiveness of Abortion Victim Photography

Dive into the data and read the study commissioned by CCBR to explore whether or not the use of abortion victim photography is effect.

Seeing is Believing is a powerful examination of social reform movements of the past to extract the timeless principles of exposing injustice. He reveals the tactics abortion activists fear the most, and explores the hidden nightmares of abortion industry workers.

Pro-life people should take hope from this book. When the injustice of abortion is exposed, minds are changed, and lives are saved.

Because seeing is believing. 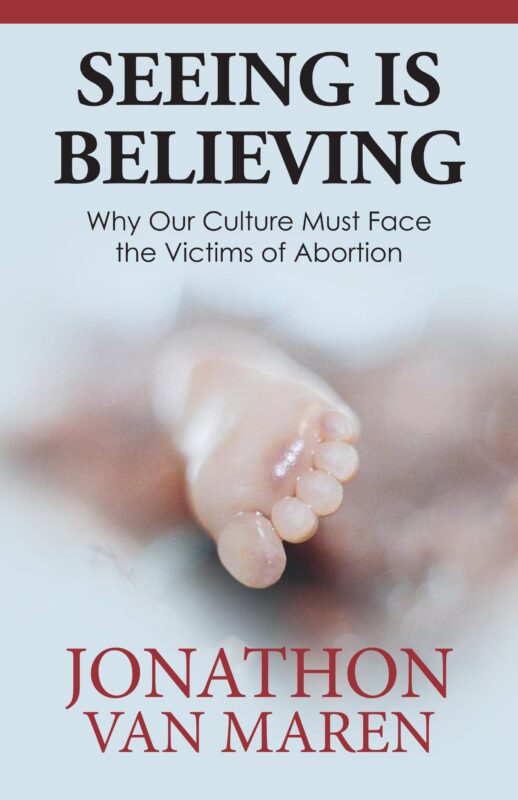 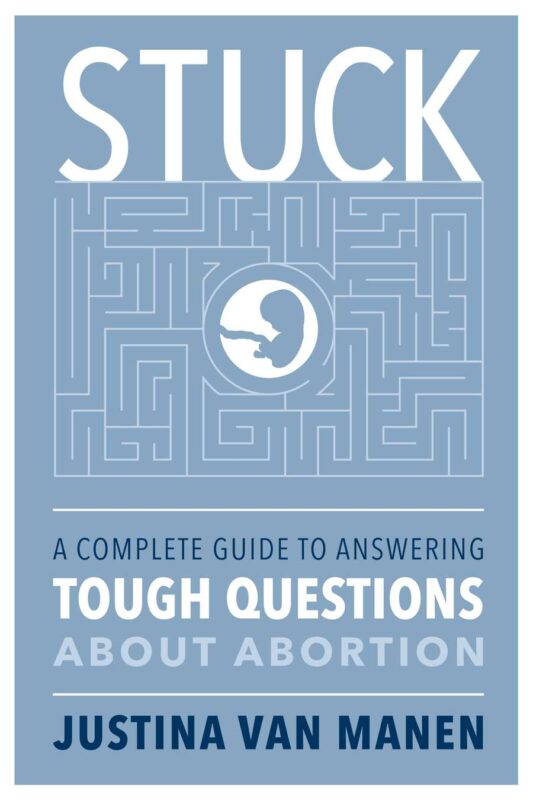 STUCK: A Complete Guide to Answering Tough Questions About Abortion

From the most simple arguments against abortion through to the most difficult philosophical foundations of the pro-choice view. The easy to navigate format helps readers find the information they need without delay. STUCK may not be the first pro-life book you own, but it is likely to be the one you refer to the most!