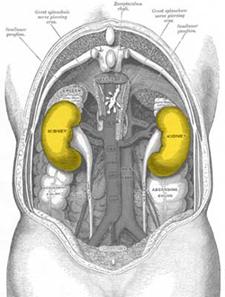 Philosophy professor, Dr. Andrew Sneddon, of the University of Ottawa, once argued that even if the pre-born are full members of the moral community like adults, abortion is permissible because pregnancy involves an extraordinary act on behalf of the mother. This was the analogy he used to make his case:

The professor said it would be nice to provide one’s kidney or uterus, but a woman shouldn’t be forced to. In other words, he indicated that just because one may do it, it doesn’t mean one must. He explained that the kidney case is analogous to pregnancy in the following ways:

The professor then described his central point as follows:

In the kidney case, my right to life and my need for my mother’s body to survive do not deliver any right whatsoever to her body, let alone a right that trumps her rights to control her body. The same goes for pregnancy.3

Once one looks at the function of the kidneys and the uterus, it is quite clear why the professor’s analogy does not have merit. The kidneys exist for the health and proper functioning of the body in whom they reside. In contrast, each month the uterus gets ready for someone else’s body.

Furthermore, mothers (and fathers) have a responsibility to their offspring that they don’t have to strangers.4 And while that responsibility doesn’t obligate them to do extraordinary things such as trips to Disneyland or donating kidneys, it does obligate them to do ordinary things, such as feeding, clothing, and sheltering one’s offspring. To do otherwise is parental neglect.

In fact, western countries make it illegal for parents to neglect their children. Parents have been convicted and jailed for “not providing the necessities of life” when they chose to not provide their children essential care.5

Therefore, maintaining pregnancy is simply doing for the pre-born what parents must do for the born—provide the shelter and nourishment a child needs. It is what is required in the normal course of the reproduction of our species.

Furthermore, abortion cannot be compared with refusing to donate one’s kidney because with abortion, the pre-born are directly and intentionally killed in the environment made for them. In contrast, the kidney-disease patient dies directly as a result of the kidney disease—not because of the choice of another person. As a physician once pointed out, “In the renal analogy if nothing is done, one person dies. In the pregnancy case, if nothing is done, no one dies.” The pre-born, as members of the human family, must not then be denied the environment that regularly waits in great expectation for them.

Fundamentally, the issue in responding to the kidney analogy is to examine the nature of the uterus.6 This perspective stumped the professor. Shortly after the debate where the professor articulated these views, an attendee reported, “The professor told his class that week that the argument that the womb was created for the child was literally keeping him up all night!”

And so, the professor’s kidney comparison can only be truly analogous with abortion if, once denying a kidney to her child, the mother would dismember, decapitate, and disembowel him too.