Imagine yourself flying on a plane: You’re in a properly-pressurized environment that will keep you safe during your time in the air. You’re locked in and completely powerless to control the plane—you are at the mercy of the pilot, but that’s okay as she’s trained to do her job right. 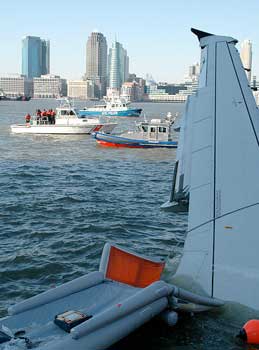 While these actions are all technically possible, we’d say such behaviour is immoral. We’d say that with power comes responsibility—and the pilot must use her power to fly the plane, and its passengers, to safety.

Using power responsibly is what the world saw in January 2009 when Chesley Sullenberger (“Sully”) safely landed a US Airways Flight on the Hudson River after its engine blew. In an unplanned, undesirable, unwanted moment, he chose to do what was right—to land the plane as safely as possible. Not only that, but as water was filling the cabin, he walked the aisle twice to make sure every passenger had been rescued.

So it is with pregnancy. A pre-born child is entirely weak and vulnerable, and her dependency on us doesn’t absolve us of responsibility, it heightens our responsibility. A woman’s uterus may be in her body, but every month, it gets ready for someone else’s body. It exists not so much for women, but for one’s offspring. With the power to control the destiny of one’s child, comes the responsibility to protect and respect her life.

Back to Do the Pre-Born Unjustly Use Another’s Body?