But it is not enough to talk about educating the public. Pro-lifers have to discern which methods are most effective in changing hearts and minds on abortion.

For example, within the specific task of firefighting, there are different ways to put out a fire. Some methods (firehoses) are more effective than others (buckets of water). In the same way, while it is important to respond to abortion from a number of ways (pastoral, political, prophetic), within each approach, there are more effective and less effective activities. Prophetic activists, just like firefighters, must choose the most effective, ethical and efficient methods that will save the most lives.

So what does the prophetic arm often do to educate the culture?

It is therefore imperative that pro-lifers don’t rely on presentations alone. They must take their message to the public directly. 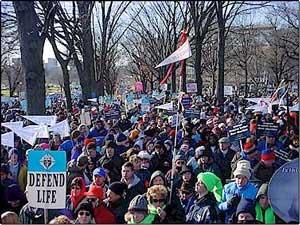 Life Chain, Marches, Hikes for Life: While these activities bring together a large body of people, they generally do not show evidence, seen by the public, for why the group is gathered or for why the group opposes abortion.

Colourful balloons, messages like “Choose Life” or “Defend Life,” or even statements such as “Abortion Kills Children” do not convey reasons for being pro-life. They only show the pro-life conclusion that most Canadians already reject. Without compelling evidence, it is unlikely that large numbers of passersby will move from indifference (or even support for abortion) to sudden agreement with the pro-life message.

“But,” someone may respond, “in history social movements often did walks and marches to confront the culture about an injustice and those were effective.” 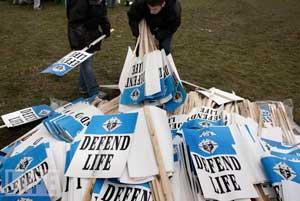 There is a key difference between those social movements and the pro-life movement: in history, the people who were victimized participated in public protest. By their presence and attitude of peace and respect, they conveyed to the public that they were human like everyone else. Often they were victimized during their marches and images of this further injustice, communicated via the media, turned the public against the injustice.

But with abortion, the very people being victimized—the pre-born—cannot participate. Therefore, those who participate in their place (born pro-lifers) need to convey whom they’re standing for and what they’re standing against. This is why public pro-life gatherings should have images of pre-born children and graphic images of what abortion does to them. 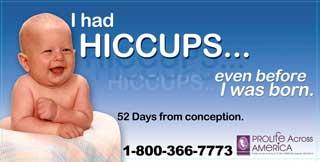 Billboards: A large pro-life message in a public area is a good idea. But the challenge with billboards is that billboard companies ultimately decide who they rent space to. So if they don’t like a message, they’ll simply deny the space. Of course, if pro-lifers can get space to display a compelling, evidence-based message, that is good. But where they cannot, they shouldn’t pay large sums of money to media that will censor them.

And when pro-lifers do display billboards, it’s important they keep their message focused on the pre-born. Too often images of born children are used alongside messages such as “Abortion Kills,” or “Choose Life.” But born children aren’t the ones under attack—nor are they the ones hidden. These messages must be accompanied by 3-D ultrasound imagery or abortion imagery. 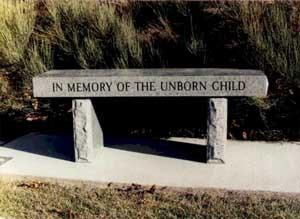 Memorials. Women and men grieving from past abortions can most certainly benefit from erecting small memorials to their children. But now is not the time for costly memorials erected by organizations.

A pro-life organization once told CCBR that its sculpture project may deplete all of its funds. But here’s the question they needed to consider: Was the activity it was prepared to go broke over actually going to help stop the killing of pre-born children, the very mandate of the organization? Even if it were a wealthy organization, could it justify the expense?

After all, if someone died because there wasn’t enough money at a hospital to provide him life-saving treatment, would it be better if donors pay huge sums of money for a statue to remember that person or should they pay for technology so that future patients won’t die of the same disease? Which would leave a better legacy? 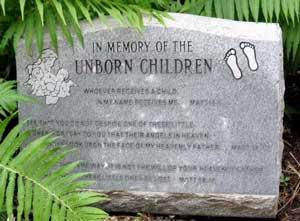 Furthermore, memorials, by their nature, are properly erected after an injustice has passed, when there is widespread acknowledgement of it. A memorial doesn’t help end an injustice, it helps remember it.

There is another kind of memorial sometimes used by educational pro-life groups, and that is to display rows of crosses in a public field to remind passers-by of the many lives killed by abortion. But the display relies on the false assumption that most of those who see the crosses already recognize the pre-born as human beings and acknowledge abortion as a tragedy.

We know, of course, that this is not the case. That is why abortion is still happening. So here we see time and money put into a campaign that lacks the evidence needed to convince the public.

But this kind of campaign need not be thrown out entirely. If the evidence of abortion were shown with rows of crosses, a powerful message could be conveyed because it would show how wrong abortion is and provide the context of just how often that wrong action has occurred.

And so, a lot of responsibility weighs on the prophetic arm of the pro-life movement. This is why constructive criticism is important. If we don’t improve how we educate, we can’t expect to stop abortion.

This television news clip is about a pro-life billboard in the US which perfectly illustrates how a traditional pro-life text message can be made effective with visual evidence. It says, about abortion, “One Dead, One Wounded,” and has an image of an aborted child next to an image of a distressed woman.

Back to Challenges Facing the Pro-Life Movement