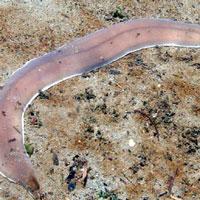 Identical twins form when an embryo splits into two. This rare phenomenon is often raised to dispute the idea that life begins at fertilization. Instead, some argue, it exists at the point of twinning, or after the point where twinning can occur.

Just because some humans have the ability to split into two, doesn’t mean that prior to the split one human didn’t exist. Take the case of the flatworm.1 If a flatworm is cut in half, each half will regenerate into two separate, fully-functioning flatworms. But prior to this separation a flatworm nonetheless existed. Likewise, even though in rare situations one human splits into two, one human existed before that split happened, and the beginning of that one human still was at fertilization.