There is no debate about when a dog becomes a dog. Scientists agree that its life begins at fertilization. They know that any organism that reproduces sexually begins its life at this point.

So it is with our own species. Drs. Keith Moore and T. Persaud’s embryology textbook used by medical students at the University of British Columbia confirms this:

Human development begins at fertilization [emphasis in original], the process during which a male gamete or sperm (spermatozoon) unites with a female gamete or oocyte (ovum) to form a single cell, the zygote. This highly specialized, totipotent cell is the beginning of embryonic development.

Just as an adult was once a teenager, toddler, and infant, so too was she once a fetus (Latin term meaning “pre-born offspring” or “little one”), embryo (meaning “growing within”), and zygote (meaning “yoked”). These labels merely identify an age-range reflecting different stages in the development of any organism that begins life at fertilization, including human beings.
Moore and Persaud acknowledge this:

Although human development is usually divided into prenatal (before birth) and postnatal (after birth) periods, development is a continuum that begins at fertilization (conception). Birth is a dramatic event during development, resulting in a change in environment. Development does not stop at birth; important developmental changes occur after birth—development of teeth and female breasts, for example [all emphases in original].1

In a way, our development is like a Polaroid picture that is yet to be exposed to light. Fertilization is akin to the moment the photograph is taken. The image already exists at that point but it simply has not developed yet. If you destroy the pre-exposed image, you destroy the picture. Likewise, we may develop over our lifetime but we do not change our identity. From fertilization onwards, our development changes, just as from birth onwards our development changes; however, we retain our identity throughout. Thus, destroying the pre-born is still destroying a human being. 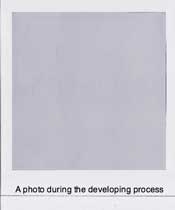 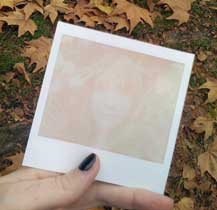 Science teaches that living things come from other living things. This is the Law of Biogenesis, which was established when the notion of Spontaneous Generation was disproved. People once believed that mice or flies would spontaneously appear from rags or meat. It was discovered, however, that these animals came not from the inanimate objects, but from other living things. Science also teaches that living things reproduce after their own kind; or, like begets like: dogs produce dogs, cats produce cats, and humans produce humans. So it follows that in human reproduction the offspring must be of the human species.

From this we can deduce that the pre-born are both human and alive at fertilization.

So what about sperm and egg—they are alive and human; does that mean they are equal to zygotes? No, as there is a significant difference: sperm and egg are human parts whereas zygotes are human wholes (i.e., human beings).

Consider the words of Dr. Maureen Condic, Associate Professor of Neurobiology and Anatomy at the University of Utah School of Medicine:

From the moment of sperm-egg fusion [the beginning of fertilization], a human zygote acts as a complete whole with all the parts of the zygote interacting in an orchestrated fashion to generate the structures and relationships required for the zygote to continue developing towards its mature state… The zygote acts immediately and decisively to initiate a program of development that will, if uninterrupted by accident, disease, or external intervention, proceed seamlessly through formation of the definitive body, birth, childhood adolescence, maturity, and aging, ending with death. This coordinated behavior is the very hallmark of an organism.

Mere human cells, in contrast, are composed of human DNA and other human molecules, but they show no global organization beyond that intrinsic to cells in isolation. A human skin cell removed from a mature body and maintained in the laboratory will continue to live and will divide many times to produce a large mass of cells, but it will not re-establish the whole organism from which it was removed; it will not regenerate an entire human body in culture. Although embryogenesis begins with a single-cell zygote, the complex, integrated process of embryogenesis is the activity of an organism, not the activity of a cell.2

While the zygote is a very young individual composed of only one cell, that one cell is substantively different from the sperm cell or egg cell. We can see this by considering the criteria science uses to distinguish between different cell types: cell composition and behavior. In other words, what the cell is made up of and what it does. Whereas a sperm is composed of 23 chromosomes from the father and an egg is composed of 23 chromosomes from the mother, a zygote is composed of both. And where the behavior of sperm and egg is to penetrate or be penetrated (respectively), the zygote’s behavior is to do neither.3

And so, the zygote is fundamentally different from sperm or egg. No human can claim ever having been a sperm or an egg, but as Drs. Moore and Persaud explain, the formation of the zygote “marks the beginning of each of us as a unique individual.”4

This is a White Paper of the Westchester Institute. The author, Dr. Maureen Condic, is an associate professor of neurobiology and anatomy at the University of Utah School of Medicine. She makes a strong scientific case for the life of a new individual beginning at sperm-egg fusion.

External Link: Cloning Addendum: A Statement on the Cloning Report Issued by the President’s Council on Bioethics

This is a paper by philosopher Robert P. George which explains cloning and when new human life is generated.

External Link: Confusion About Totipotency: Stemcells Are Not Embryos

In this article, Dr. Maureen Condic explains that the defining feature of a human organism is the ability to both produce all cell types and to organize them into a coherent body plan. In contrast, stem cells lack such essential elements supplied by the egg cell and cannot develop into a fetus.