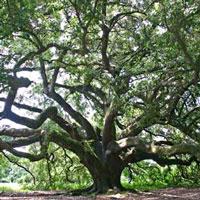 Abortion advocates may ask pro-lifers, “Do you sit under an acorn for shade?” Their point is that one does not do that because an acorn isn’t an oak tree. Likewise, they argue, fetuses aren’t human beings.

But an acorn is of the oak family, it’s just not as developed as an oak tree. Likewise a fetus (or an infant for that matter) is of the human family, but is not as developed as an adult. Indeed, one wouldn’t sit under an acorn for shade, just as one wouldn’t have an infant drive a car. But just because something—or someone—cannot function in a certain way due to a low level of development, that doesn’t mean that being doesn’t exist within a particular species.