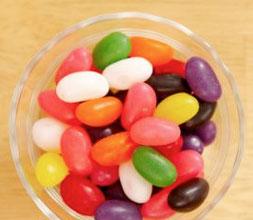 Imagine being offered some jelly beans from a bowl—which ones would you choose? The red ones? The orange ones? Perhaps a few people would even choose the black licorice ones. In the long run, of course, it wouldn’t really matter which of these jelly beans you chose.

But what if some of the jelly beans in the bowl were poisoned, and making the wrong choice would be lethal? Would it matter then which flavour you chose? Would you simply dismiss the claim, that the beans were poisoned, as a personal belief and allow people to eat the beans anyway? Or would you verify the claim first by testing if it is true?

A lot of Canadians think moral debates like abortion are like a bowl of jelly beans. As the belief goes, we can choose whatever flavour of belief we prefer because in the long run, what we choose is the truth for us.

We all have our own opinions about what the moral status of the fetus might be. Some people believe a fertilized egg is a full human being with an absolute right to life that supercedes any right of the woman. Others believe that a fetus attains moral value only after it becomes viable, or upon birth. But that’s all these beliefs are – opinions. There’s no way to decide between them, because they’re entirely subjective and emotional. Therefore, the only opinion that counts is that of the pregnant woman. The status of her fetus and any moral value accorded to it is entirely her call. A fetus becomes a human being when the woman carrying it decides it does [italics in original quote].

In other words, because there is disagreement about what the fetus is and how we should value the pre-born, she believes the pre-born have no objective value. We can treat them however we want. On the other hand, she argues, because there is no disagreement about the pregnant women’s status and her rights, her rights are objective. Pregnant women then should decide for themselves what value their fetuses have and no one else can question that decision; after all, pregnant women are the most affected by the fetus. 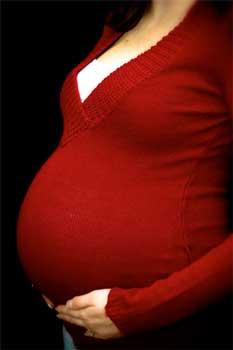 But claims don’t become subjective just because there is a lack of consensus. Every right, including the equality rights Arthur discusses, were, at one point in history, controversial. Not everyone agreed with the notion that women should be treated equally to men. However, no one would argue that because there was a lack of consensus that that meant there was no right or wrong answer to the question of equality rights.

What would Arthur say if we argued that because there is lack of consensus on the status of women around the world, societies should continue oppressing women? In fact, the reason why we call certain actions “rights” is because they cannot be taken away by society, even by a majority of that society.

Interestingly, if each person decides on the value of the pre-born, why does Arthur insist that pro-lifers are wrong to believe that the pre-born are valuable human beings? Why does she bother correcting us if all we’re doing is stating our preference? But, of course, you can’t correct something that is merely a preference—it’s like saying it is wrong to like yellow jelly beans.

The truth of the matter is, the pro-lifers’ claim about abortion is a truth claim—it cannot be simply dismissed as our opinion just because that is merely the opinion of abortion advocates like Joyce Arthur.