It’s not just abortion advocates who are critical of pro-lifers who use graphic abortion imagery. Sometimes pro-lifers criticize their own for using this approach. These concerns can be varied:

Arthur Schopenhauer once said, “All truth passes through three stages. First, it is ridiculed. Second, it is violently opposed. Third, it is accepted as being self-evident.”

Indeed, as the history of social reform shows, liked reformers are rarely effective, and effective reformers—when they lived—are rarely liked. But if they managed to achieve change, isn’t it possible for pro-lifers who rock the boat to also achieve change?

There is no doubt that it is painful for post-abortive women to see abortion imagery, but the imagery is merely a trigger to the trauma of abortion. And post-abortive women say they face many kinds of triggers that remind them of their abortions: seeing an infant or pregnant woman, or hearing a sound similar to the suction machine, or being reminded of the anniversary of their abortions. Everyone of course recognizes that it makes no sense to eliminate these reminders because it is abortion that causes the trauma, not the triggers. 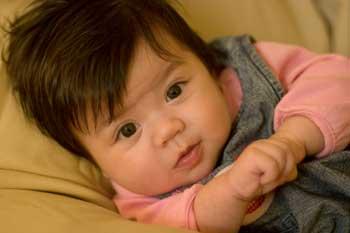 Moreover, to help a woman find healing, we can’t eliminate the triggers, but instead must help her work through the source of her pain—the abortion—so that she learns to handle reminders in a healthy fashion. In fact, triggers can move her to a place of getting help, rather than staying in denial.

Furthermore, it is important to reach post-abortive women with pro-life messaging in order to prevent them from repeating their mistake: in Alberta, 40% of abortions are repeat abortions.1 In the United States, 50% are.2

As for children, when one has to choose between the feelings of born children and the lives of pre-born children, lives trump feelings. And while children aren’t targets for graphic messaging, if they see them, they can be convicted to stop injustice. Consider Hannah Taylor:

When she was 5, she saw a very disturbing image: a homeless man rooting through a garbage can. So troubled by what she saw, Hannah was inspired to become an advocate for the less fortunate. Three years later, at the age of 8, she formed a charity to help the homeless.

Finally, abortion images don’t disrespect the babies—their victimization does. Consider that media show footage of bombed civilians in war-torn countries; campaigns against starvation show images of malnourished children with distended stomachs living in deplorable conditions; the Holocaust Memorial Museum in Washington, D.C., displays pictures of the bodies of Jews killed during World War II. These obviously do not disrespect the dead. They are shown to educate others about those injustices so that societies are discouraged from perpetuating such atrocities.

When there are human rights violations taking place, the greatest respect one can show for the dead is to prevent future deaths like theirs. Real disrespect is when we cover the truth and enable injustice to continue.